Trataka and its importance in our life -

Trataka or yogic practice of concentrated gazing is an ancient hatha yoga exercise used for all round development of our body, mind and soul. The meaning of word trataka is “to look fixedly” or “to stare pointedly”. The concept of trataka is defined clearly by some yogis and old yoga texts like hatha yoga pradipika. This is how hatha yoga pradipika defines it:

Being calm, a practitioner should gaze steadily at a small mark (a small thing), till eyes are filled with tears. This is called trataka by the âchâryas.

It comes under one of the shatkarmas or shatkriyas—six purification techniques in hatha yoga designed to make the body strong and healthy. It is an extremely powerful technique which helps us to cure and improve all eye disorders, removes laziness and controlling our mind. It actually aids in directing the nervous system in a definite direction and also increases our energy level. It quietens all our mental faculties and helps in attaining complete concentration and peace of mind. 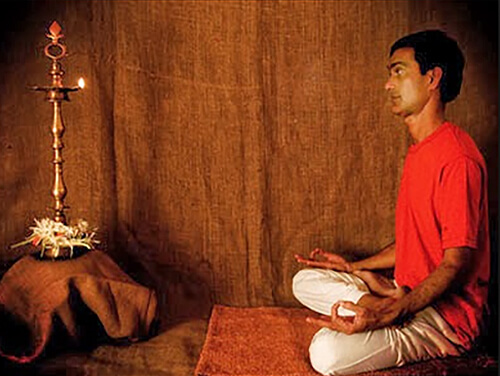 Conventionally there are three kinds of trataka that can be practiced: Antar trataka, Madhya trataka and Bahya trataka.

Antar Trataka(Internal Gazing) : This is done with closed eyes and we have to imagine that we are gazing in the midpoint of our two eyebrows(bhrumadhya dhrishti), or heart, navel or any other internal organ.

Madhya Trataka(Centre Gazing) : In this exercise still gaze is fixed on centre of the eye(bhrumadhya)or tip of the nose(nasagra)or any nearby object made of any material. It can be practiced with aum written in paper, or concentric circles having a black dot in its middle, or a single black dot with open eyes.

Bahya Trataka(External Gazing) : It is performed by fixing our gaze on an distant object like rising sun, moon or a bright planet.

Trataka is practiced by gazing at a fixed point or object without blinking the eyes. The main objective is to bring the mind into focus, and control its wavering tendencies thus making it single pointed and arouse the inner vision. All the thoughts and powers of mind are directed into an unbroken flow. It should be done in a relaxed way without any stress.after achieving this state the hidden potential and powers of mind are awakened naturally. 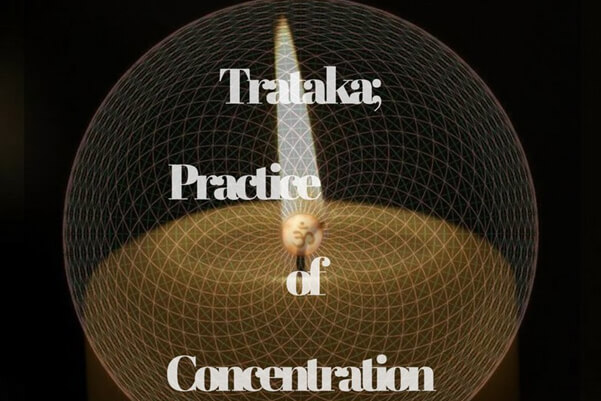 Trataka is practiced by sitting on ground in any of these postures like  padmasana(lotus posture), ardha padmasana or sukhasana(comfortable sitting posture) keeping the spine and the back straight. A cow’s ghee lamp is placed at the same level of your eyes at a distance of one meter. Now keeping the mind relaxed one should look at the bright portion of the flame without blinking, till the tears start coming out of your eyes. This is the last phase of trataka. After doing this the eyes should be closed for a while and the practitioner should relax and sit quietly for 3-5 minutes and then slowly open his eyes. The exercise can be repeated 2 to 3 times. It is advised that after performing trataka one should wash his eyes and face with water. The time period of trataka from the beginning till the rolling down of tears differs from person to person. It also depends on the mental condition of the individual. The duration of trataka in normal individuals is generally 3-5 minutes and some people can extended the practice to longer periods.

Hatha yoga states that if trataka is done regularly ,it helps in curing all types of eye related problems and overcoming laziness.regular practice of trataka assists in the practice of shambhavi mudra which finally leads to a state of dharana(contemplation). The practitioner gets a great vision and intuitive insight.

According to Gherand Samhita a yogic text trataka helps  in training and guiding the nervous system in a particular direction. It also aids in reducing and curing all kinds of mental tensions. It leads to a state of peacefulness and calmness. The sleep pattern is corrected within a small time  with  the practice of trataka. Its curing and improving tendency depends upon the mental and physical state of a person. It also assists in arising  hypnotic powers and sixth sense if practiced regularly. Trataka acts as a means of advancement between physically oriented exercises and mental exercises which finally lead to higher awakening. It acts as a vital link between hatha yoga and raja yoga. Conventionally it comes under hatha yoga but it may also be considered as a part of raja yoga. 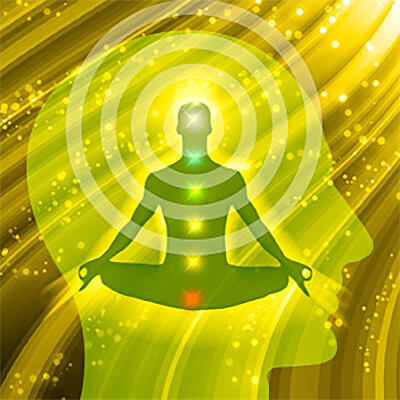 Trataka is really helpful  in removing all kinds of neural disorders and blockages and it also assists an individual in gaining  deep concentration and meditation. The practice of trataka is very conducive in gaining control on our parasympathetic nervous system,lowering of heart rate  and respiration rate. It also increases the amplitude of plthysmogram(vasodilation). It increases the peripheral blood circulation of our body. It aids in gaining complete mastery of our mind by eliminating all the emotional disturbances. All kinds of anxieties are removed by doing trataka regularly. Practicing trataka  quietens our mental faculties and relaxes our mind by producing well modulated chain of alpha frequency. It is a process of purification. It acts as a catharsis or cleansing by eliminating all our repressed and suppressed emotions and desires from the subconscious level. The practitioner of trataka  experiences great relaxation and state of calmness and peace at both physical and mental level.

Next Post
Our website uses cookies to recognize users of our site, provide a good browsing experience, and to allow us to improve our online and digital services. By continuing to use this site, you are agreeing to the use of such cookies. ACCEPT